This site uses cookies to help give you the best possible user experience. By continuing to browse this site you give consent for cookies to be used!
Continue

IEES was founded in 1967 as the Central Laboratory of Electrochemical Power Sources (CLEPS) with the main goal to serve and support the growing battery industry in Bulgaria. Within a short time the Laboratory became a center for topical fundamental and applied research, and established itself as the national focal point of electrochemical science in Bulgaria.

In 2004, CLEPS was transformed to Institute of Electrochemistry and Energy Systems (IEES), and in 2012 adopted the name of one of the co-founders and first Director of CLEPS, Academician Evgeni Budevski.

After 50 years of most productive R&D work and as a result of the efforts of several generations of scientists, including three academics, today IEES is a leading national research organization in the field of electrochemical energy systems, well-recognized at the regional and international level as well. Scientists from IEES work in prestigious research centers worldwide, and the the label “IEES” is a sign of high quality within the international electrochemical community. This prestige is based on a clear set of strategic goals and gained professional attitude.

Directors of IEES throughout the years 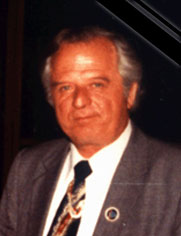 Academician Evgeni Budevski began his research career in the field of electrochemistry in 1949 at the Department of Physical Chemistry of Sofia University "St. Kliment Ohridski ". In 1959, he was appointed Head of the Department of Electrocrystallization at the Institute of Physical Chemistry of the Bulgarian Academy of Sciences. In 1967, he became one of the co-founders and the first Director of the Central Laboratory of Electrochemical Power Sources (CLEPS).

For a quarter of a century, he managed the Laboratory with innovative flair and played a key role in its development into a leading research organization with significant contribution to the advancement of applied electrochemistry and electrochemical power sources. The first electric forklift truck driven by primary zinc-air batteries developed at CLEPS made a world record 220-km run six months before General Motors’ prototype, and with the introduction into actual production of the lithium cell technology developed at CLEPS Bulgaria became the fourth producer of lithium batteries in the world. Acad. Budevski’s major scientific achievements are summarized below. 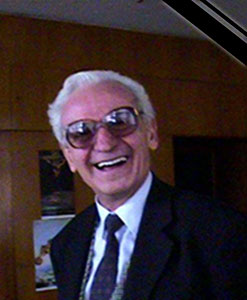 During the period of Prof. Stoynov’s management, CLEPS was an active participant in the European Research Area (ERA) as well as in the global market of scientific products.The achievements of CLEPS were highly recognized and it was transformed into Institute of Electrochemistry and Energy Systems – IEES. During this period, 12 new professors and three academicians (Full Members of BAS) were promoted.

Prof. Zdravko Stoynov was Chairman of the General Assembly of the Bulgarian Academy of Sciences in the period 1996 - 2008, when the reorganization of the Academy was completed, including the third phase of the reorganization – the microeconomic reform, which affirmed the project-based funding principle for all academic activities. During these years, BAS became the main national participant in the scientific Framework Programs of the EU.

Prof. Stoynov’s areas of research interests included numerous problems associated with the electrochemical power sources, but his main achievements are in the field of electrochemical impedance spectroscopy. By introducing a novel method, impedance measurements during operation, he was able to measure, for the first time in the world, the battery impedance. His method was very soon adopted by NASA and the Russian space research institutes  as well as by leading European laboratories. His later achievements have laid down the foundations of Differential Impedance Analysis, Non-stationary Impedance Spectroscopy, Differential Coulometric Spectroscopy and Dielectric Impedance Spectroscopy. Today, these methods are applied by a growing number of scientists and research teams all over the world.

The activities of Prof. Stoynov were related to the development of novel impedance-based methods and algorithms for monitoring and diagnostics of the state of health of batteries and fuel cells.

Prof. Stoynov is also one of the founders of the first Bulgarian electronic computing device - an analog machine for solving homogeneous and inhomogeneous differential equations. 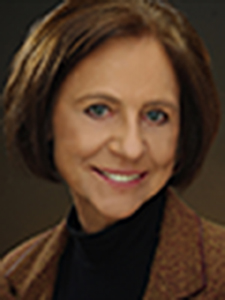 Daria Vladikova is a Professor in Electrochemistry and a Doctor of Chemical Sciences. She has worked in the field of crystal growth, solid state chemistry and materials science.

Over the past 15 years, her scientific interests are focused on electrochemical studies of solid oxide fuel cells. She is the author of over 100 publications, including co-authorship of a monograph, 5 chapters in collective monographs and an article in the “Encyclopedia on Electrochemical Energy Sources” (published by Elsevier).

She is a winner of the Herman Gyeor award - European Forum on Fuel Cells. 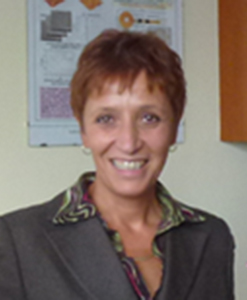 Graduated from the University of Chemical Technology and Metallurgy, Sofia, with a specialty in Electrochemistry. Awarded a PhD degree for the study on corrosion inhibitors, and a Doctor of Chemical Sciences degree with a dissertation in the field of Hydrogen Technologies.

Founder and Head of the Department of Hydrogen Systems with Polymer Electrolyte at IEES. An expert in the areas of: generation of hydrogen by electrolysis of water in cells with polymer electrolyte, fuel cells, electrocatalysis, electrochemical sensors, functional electrostimulation, corrosion. 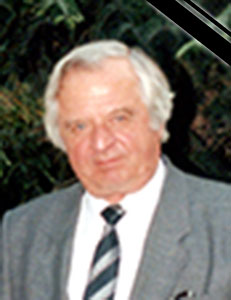 Academician Evgeni Budevski, DSc (1922 - 2008)
The Scientist and The Teacher. His inexhaustible energy inspired us all.

Evgeni Budevski was promoted to Professor in Electrochemistry in 1964. In 1984, he was elected Senior Fellow (Corresponding Member) of the Bulgarian Academy of Sciences and in 1995, he received the highest recognition Full Member of the Academy (Academician).

A world recognized scientific achievement of Prof. Budevski is the experimental confirmation of the 2D crystal growth theory proposed by Stransky and Kaishev in the 1930s. The unique experimental technique developed by his team allows for complex electrochemical processes to be studied such as underpotential deposition of metal ions, adsorption of foreign ions, capillary deposition of dislocation-free single crystal faces, etc. The capillary deposition protocols were aslo used to validate Frank’s theory by quantitative theoretical calculations related to the growth of poligonized spirals. Prof. Budevski was a member of the international team employing for the first time in-situ Scanning Tunnelling Microscopy for imaging single crystal surafces with atomic resolution.

Acad. Budevski devoted the final years of his research endeavors to hydrogen energy technologies. He was the leader of the research team that created the original test cell assembly, "Easy Test Cell", for optimization of the active materials and electrode structures in electrochemical hydrogen energy conversion cells. He left a legacy of over 150 scientific publications and 40 patents with a significant impact on the scientific community.

He was a member of the Editorial Boards of several international scientific journals: Electrochimica Acta, Journal of Power Sources (Elsevier) and Journal of Applied Electrochemistry (Springer).

Evgeni Budevski served as Vice President of the International Society of Electrochemistry (1974-1978), a Foreign Member of the Saxon Academy of Sciences (1974), and of the academies "Leopoldina" and "Surfis", a member of the American Electrochemical Society, a member of the IUPAC Committee of Electrochemistry (1980 -1987), the UNESCO-ROSTE Committee on Energy Storage and Saving, the Advisory Committee to the President of the Republic of Bulgaria (1997-2001). An active organizer and participant in more than 200 national and international scientific forums, an invited speaker at 3-month lecture courses in Japan, Switzerland and the USA. The winner of numerous national and international awards.

“…and here in the US, the Bulgarian electrochemist is compared to a gold ingot, because every one of us, who has touched even for a short while the golden streak that providence wished to call Eugene Budevski holds a piece of it!” - Prof. Plamen Atanassov, Professor Emeritus at IEES and Vice President of the International Electrochemical Society. 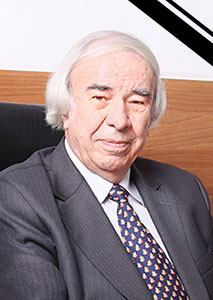 Dechko Pavlov is a Professor in Electrochemistry, Doctor of Chemical Sciences and since 1997 an Academician (Full Member) of the Bulgarian Academy of Sciences. He was one of the two co-founders of CLEPS and it’s Deputy Director in the period 1977-1994. He was the founder and, for over 45 years, the Head of the Department of Lead Acid Batteries, a recognized scientific school that has gained global prestige with over 250 publications, over 35 patents and more than 4600 citations in the international scientific literature.

The major scientific contributions of Acad. Pavlov include: elucidation of the mechanisms of the processes that take place during lead-acid battery manufacture and operation, of the reactions of the closed oxygen cycle and the thermal phenomena in valve-regulated lead-acid batteries. He studied and identified the structures of the active masses of the positive and negative battery electrodes. His current research is focused on disclosing the mechanism of action of carbon additives to the negative plates and evaluation of their impact on the performance of the batteries.

Acad. Pavlov has presented lecture courses to academic, technical and engineering colleagues in more than 24 countries on 6 continents. His book "Lead-Acid Batteries: Science and Technology" (656 pages), published in English by the publishing house Elsevier in 2011, is a fundamental scientific work used and highly evaluated by scientists, educators, experts and technologists worldwide. In 2015, it was published in Chinese as well. The second revised and updated (720 pages) edition of the book was issued in 2017.

Said by colleagues and friends about the death of Prof. Detchko Pavlov 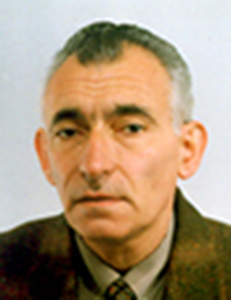 Alexander Popov is a Professor in Electrochemistry and Doctor of Chemical Sciences since 1997. In 2004, he was elected Senior Fellow (Corresponding Member) and in 2008 - Academician (Full Member) of Bulgarian Academy of Sciences. Deputy Director (1994 - 2007 ) and Chair of the Scientific Council (2008-2012) of IEES.

Scientific Secretary General (2007) and Vice President of the Bulgarian Academy of Sciences (2008-2012). His scientific activity is focused on studying the influence of the fine surface structure of solid metal electrodes on: the electrolytic deposition of inherent metal cations; the structure of the electric double layer; the adsorption of organic molecules; the adsorption of inorganic anions; the underpotential deposition of foreign metal cations. These were pioneering studies in the field and the obtained results are widely quoted in the international scientific literature.

After 1990, Acad. Popov redirected his research efforts to a new subject theme - hydrogen technologies and energy. He works on the development of methods for the safe storage and transportation of hydrogen, and its utilization as a reducing agent in fuel cells.

He is one of the founders of the Bulgarian Hydrogen Society (BHS) and Chair of the Board of Directors since 2004.

He passes on his knowledge and skills as a scientist and researcher to the students of the Southwestern University in Blagoevgrad, where he teaches four new lecture courses compiled on his own initiative.